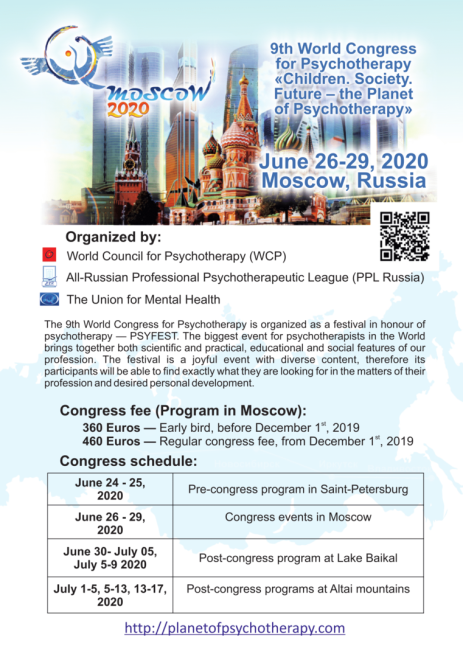 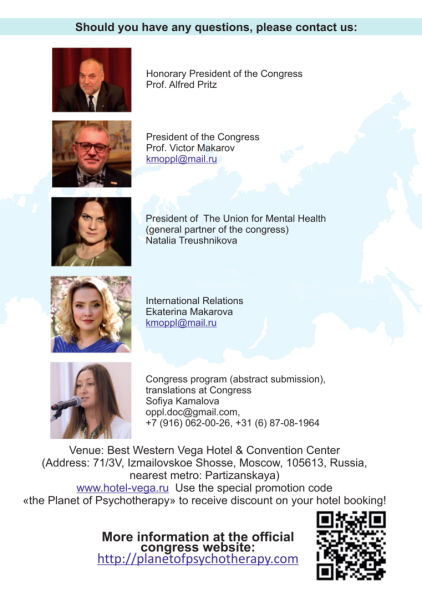 An agreement for scientific cooperation in the field of psychoanalysis has been concluded on 2018 September 1st between:

The Russian branch of the European Confederation of Psychoanalytic Psychotherapies represented by its President Pr Mikhail Reshetnikov.

The scientific project - linked to the original perspective of “interactions” -studies the relationships of psychoanalysis with other fields of knowledge and therefore tends to give psychoanalysis its place in the present and in the horizon of civilizations.

The goal of this approach is basically to work on complementarities and an approach considering historical and geographical, or even geopolitical dimensions to expand and to question the notion of "malaise in the culture."

The notion of 'interactions of psychoanalysis' is heard on three complementary levels:

What is that psychoanalysis has learned about itself in exporting outside its scope of origin to different cultures, in being forced to respond to questions which were not those of its founders?

Practice tests, group therapy, family, couple, psychodrama, etc.: How can they combine in a fruitful and complementary way around an object that is the suffering of the patient?

Learning from others by exchanging but also meeting their irreducible specificity is a way to push forward psychoanalysis by considering the reciprocal impact thus made possible with various models of representation of the psychic life.

This cooperation aims to foster studies and publications, organize national and international conferences and confirm international relations with Russia.

It will rely on the concept of interdisciplinarity as it appears today more than ever as necessary to advance research.

- in French TOPIQUE, a review recognized by international scientific standards which publishes three volumes per year.

- In English in Topique online